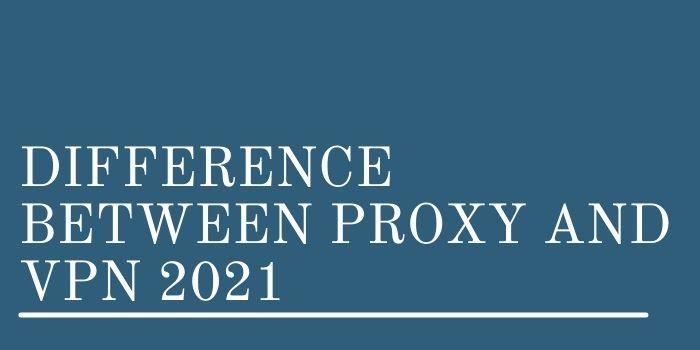 Security risk is on the verge these days. Using an open Wi-Fi network leads to the risk of getting your private data and information hacked. Risk management is mandatory. For instance, Company A earns $1000 in an hour. If the data of the company gets hacked for a day, imagine the amount of loss the company will have to go through.
Several other reasons let a person take up risk management. That is where a Proxy server or a VPN plays a vital role. Their one similar and basic role is to conceal the IP address and let you surf safely.
VPN or Virtual Private Network and Proxy server are quite similar in their operations. They both tend to secure your network and privatise it. Most people buy these services for their safety and to encrypt their data. There are a lot of differences between a VPN and a Proxy. To understand those differences, first, we need to have an idea about what these two are.

A Virtual Private Network, as the name suggests, creates a private network for its users; letting the user surf in a protective way by encrypting the data and masking the IP address. Acting as a mediator, between the user and the website, it takes up the request of the user to the website and brings in the information.
USER ?? VPN ??WEBSITE
Our recommendation is to get the SurfShark VPN, NordVPN, ExpressVPN, Hola VPN, and so on. You will find many benefits of using surfshark coupon code, Hola VPN coupons, and many more discount offers.

It also serves the same purpose as VPN, protecting the user by concealing the IP address. It speeds up the process using cash data and also saves bandwidth. There are three types of proxy servers: HTTP, Socks Proxy, and Transparent server.
USER ?? PROXY SERVER ?? WEBSITE

Difference Between Proxy And VPN

Discussing the differences; there are a few major and minor differences between Proxy and VPN. These
differences let the users find out which is better for their protection. Let's examine:

By analyzing critically all the differences between a VPN and a Proxy Server, the conclusion is quite evident that a VPN is a more secured network than a Proxy Server. In the end, it completely depends upon the user according to their comfort and pocket.
There are several world-class VPN companies such as Expressvpn, NordVPN and SurfShark which claim to provide best in class VPNs with thousands of servers in hundreds of countries and doesn't let any interruption come in your way of entertainment. Therefore, above mentioned VPN are available to install the top kodi addons on your device for video streaming in HD quality.