Today, repository management services are key components of collaborative software development. They enable software developers to manages changes to the source code and related files, create and maintain multiple versions in one central place. There are numerous benefits of using them, even if you work in a small team or you are a one man army.
Using repository management services enables teams to move faster and preserve efficiency as they scale up.
Git - A source code versioning system that lets you locally track changes and push or pull changes from remote resources.Services available to access GIT

The above are the services that provides remote access of Git repositories. In addition to hosting your code, the services provide additional features designed to help manage the software development lifecycle. 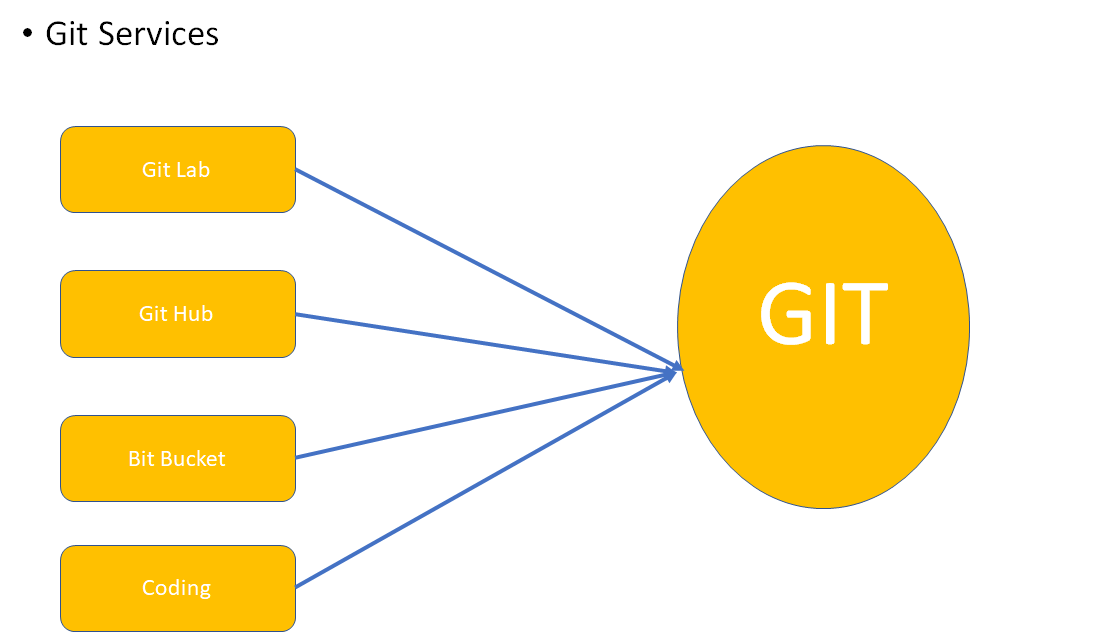 Git Lab:
It is open source software to collaborate code. It has below features

Manage Git repositories with fine grained access controls that keep your code secure
Perform code reviews and enhance collaboration with merge requests
Complete continuous integration (CI) and CD pipelines to builds, test, and deploy your applications
Each project can also have an issue tracker, issue board
Used by more than 100,000 organizations, GitLab is the most popular solution to manage Git repositories on-premises
Completely free and open source (MIT Expat license)


GitHub:
It is a web-based hosting service for version control using git. It provides all of the distributed version control and source code management(SCM) functionality of Git

Git hub provides access control and several collaboration features such as bug tracking, feature requests, task management.
It offers plan for both private repositories and free accounts which are commonly used to host open source software projects
It has almost 20 million users and 57 million repositories, making it the largest host of source code.
Projects on GitHub can be accessed and manipulated using the standard Git command-line interface and all of the standard Git commands work with it
GitHub also allows registered and non-registered users to browse public repositories on the site


BitBucket:
Bitbucket Server is a combination Git server and web interface product. It allows users to do basic Git operations while controlling read and write access to the code. It also provides integration with other Atlassian tools

Bitbucket offers both commercial plans and free accounts.
It offers free accounts with an unlimited number of private repositories (which can have up to five users in the case of free accounts) as of September 2010.
Bitbucket integrates with other Atlassian software like Jira, HipChat, Confluence and Bamboo
Bitbucket has traditionally marketed its services to professional developers with private proprietary software code
Bitbucket announced it had reached 5 million developers and 900,000 teams on its platform.
Bitbucket has 3 deployment models: Cloud, Bitbucket Server and Data Center

Coding:
Coding is currently used by 300 000 developers and hosts 500 000 projects. Their user base is rapidly growing on the mainland Chinese market and they have already set their eyes on international users

From the four repository management services, only GitLab has an open source version. The source code of GitLab Community Edition is available on their website, the Enterprise edition is proprietary.
GitHub, who is famous for open source friendliness and hosts the largest amount of open source projects and is not open source.
Bitbucket is not open source but upon buying the self-hosted version the full source code is provided with product customization options.