What is .Net ?
1).Net is a Platform Independent Language which is used for developing various applications like Windows Applications,Web Applications ,Mobile Applications .
2).Net is a collection of more than 20 languages.Among them mostly used languages are C#.Net,VB.Net.

Though,.Net is collection of several languages Every language has its own compiler. VB.Net uses VB Compilier and C# uses C# compiler for Compilation.Every .Net Language after Compilation generates CIL Code.

What is CLR ?
Machine cannot Understand CIL Code which we get after the Compilation of a Program

What is Language Interoperability ?

Examples: After Compiling VB Code, Data Types in that Language will be Converted into CIL Type and it can be used C# and Vice-Versa

VB Datatypes converts to CIL which can be used by C#

C# Datatypes converts to CIL which can be used by VB


Language Interoperability is possible because even though DataTypes names are Different in Different .Net Languages their Sizes are same for all .Net Languages but after Compiling they will generate same CIL Code which can be used by any other .Net Languages

Every .Net Language after Compiling Generates CIL Code which can be used in other .Net Langauges 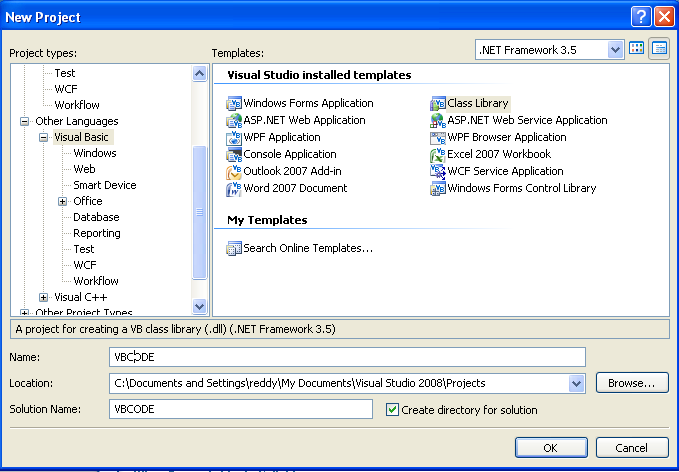 Why Class Library?
The code which is written in Class Library can't be used for execution but it can used be consumed in other classes.We must build the Class Library so that a dll file will be Generated. 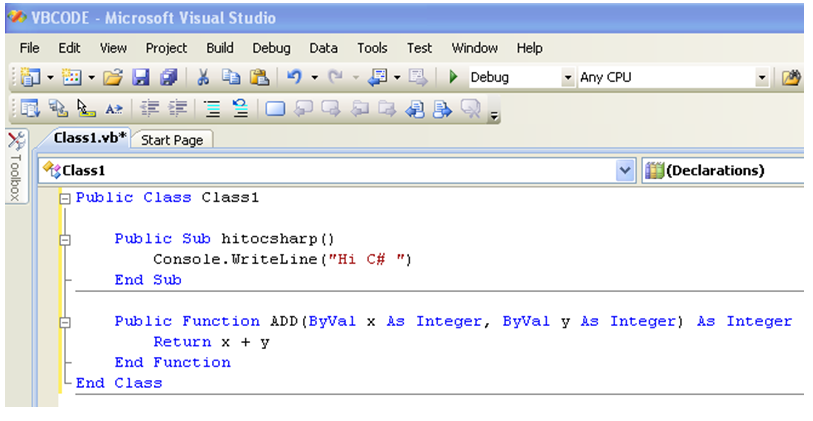 These are important Points
Since we cannot execute the code in Class Library, convert it into an Assembly
1)Open Solution Explorer
2)Right Click on Project i.e VBCODE
3)Select Build 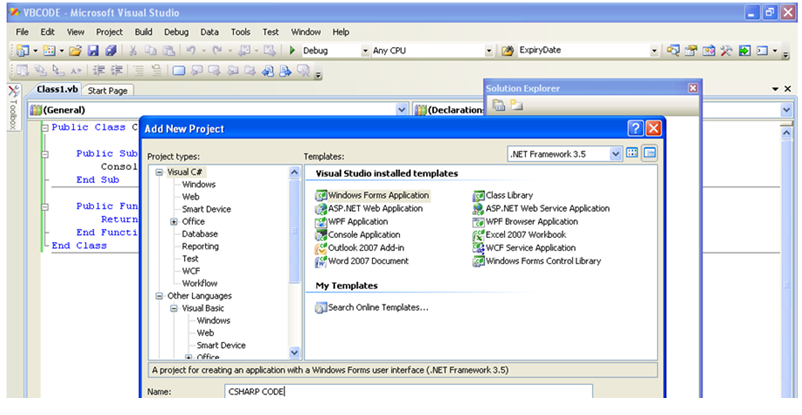 Right Click on Csharpcode and add a Class csharp 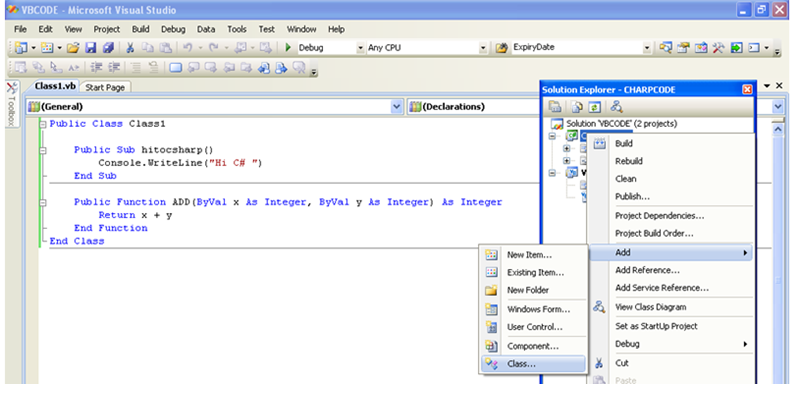 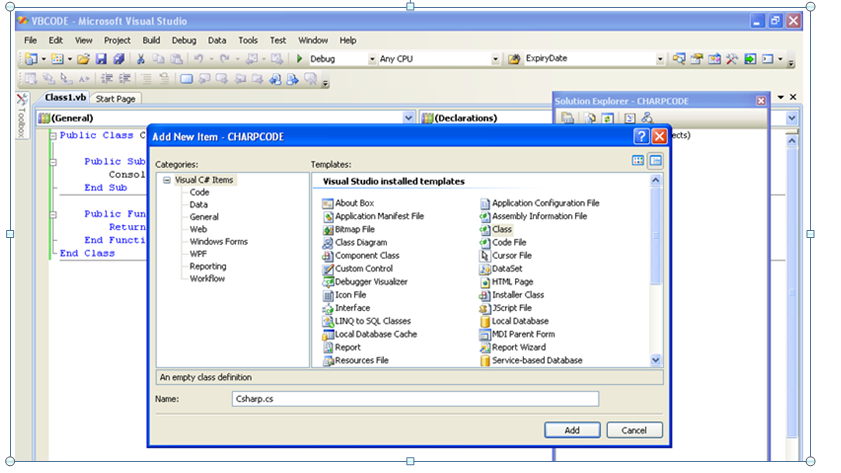 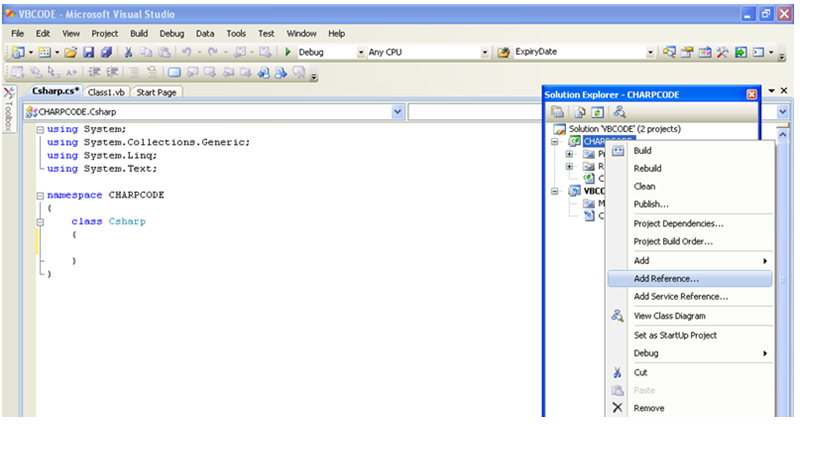 To access the VBCode we must add one statement i.e using VBCODE; because Now it is another Project 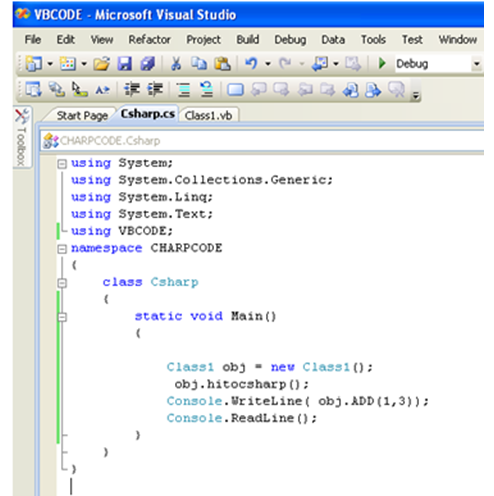 Observe that you will get the Output of the Class Library
Like this you can Perform Inter Operations between all the Languages in .Net.

Advantage Of Interoperability
With Interoperability you can interact with all the Languages in .Net
We can Save the Time instead of Generating the same Code Again and Again

Hi Reddy,
Thanks for posting such a nice article about Interopability