With passing time Microsoft SQL Server has evolved through numerous versions in the software industry. So many versions has been launched till date starting the one supporting OS/2 to till date version supporting Microsoft operating systems.

Below is the summary of the various versions of Microsoft SQL Server and the associated code names: 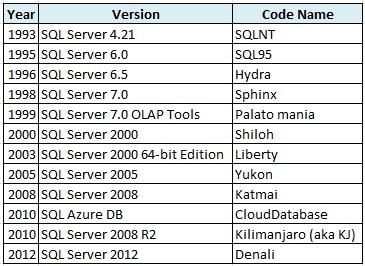