With Windows 8, Microsoft has introduced the new Metro Style Apps and the App Store to distribute such Apps. End users can get Metro Apps on Windows 8 only through the App Store. The apps in the App Store are verified and certified by Microsoft.

The restriction that you can receive Metro Apps will become a big inconvenience for developers since they can no longer write some Apps and give it their friends. They can't even develop some custom apps for their own use.

How to get Developer License to test and debug Windows 8 Metro Apps?

You will need to apply for a separate developer license for each computer you want to deploy your own Apps. There are couple of ways to obtain Developer License for Windows 8.

Get Developer License through Visual Studio 2012 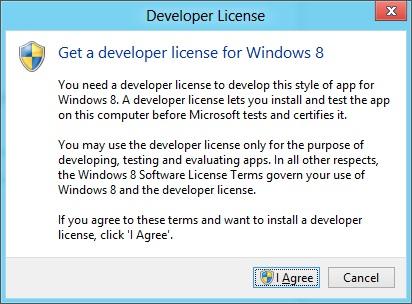 In the next step, you will be prompted to Sign In to your Microsoft account to get Windows Developer Account. The license you receive will be associated with your Microsoft Account, however, it will be specific to the current computer. 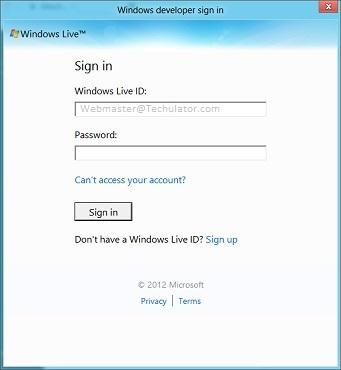 Once you Sign In, you will receive a confirmation that a developer license is assigned to the computer and you will need to renew it once it expires. Typically, the license expires 30 days from the date of receiving it. 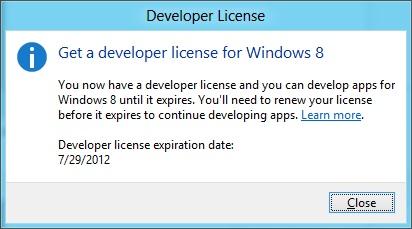 Do everyone need a developer license to test Windows 8 Metro Apps?

What are Windows 8 Metro Style Apps?

In this article, I will explain what is Windows 8 Metro Style Apps, the new type of apps designed for Windows 8 and future Windows operating systems. Learn more about Metro Apps and how to develop them using .NET technologies.

Some features of Windows 8 Metro Apps

What tools are required to develop Windows 8 Metro Apps?

Are you ready to start developing Metro Style Apps for Windows 8 ad future operating systems? Read this article to find out the tools, software, SDK and other utilities required to get started with Windows 8 Metro App development.